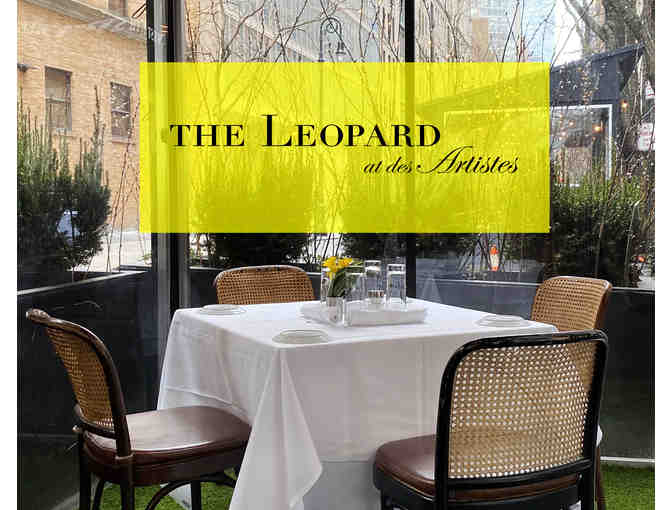 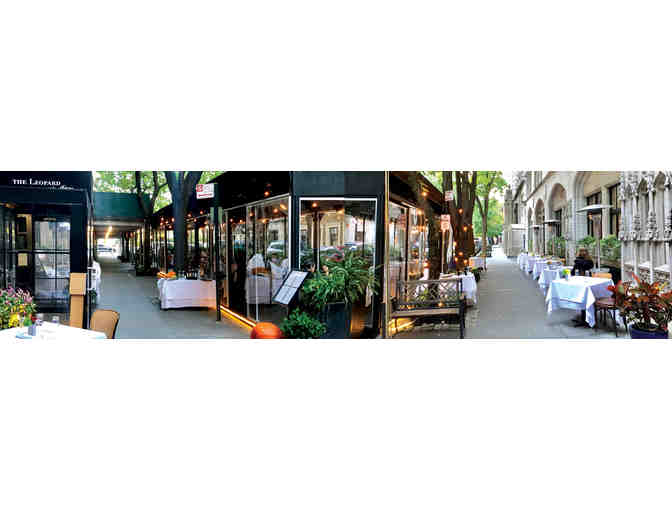 Bid for your chance to win a $200 gift card to The Leopard at des Artistes on W 67th St. The restaurant serves traditional southern Italian comfort food, using authentic ingredients and keeping the tradition of Italian culture and hospitality.

Reservations are be accepted for both indoor dining and outdoor patio.

Read more about The Leopard at des Artistes' roots (via their website):


"The reason for Italian culinary fragmentation is simple: With the exception of the nobility and the clergy, before WWI most Italians simply didn’t travel, and as a result every town and every valley has something unique. Neighboring towns and valleys will also share techniques, or recipes, albeit with individualistic twists, but from one end of a region to the other the picture can change completely. Therefore, when speaking of regional cuisines, it’s a good idea to keep in mind that we are really dealing with a series of local cuisines, each of which is related to those around it. Great distinctions from North to South of Italy, such as the use of fats (think butter versus olive oil), the kinds of pastas, popular vegetables - the South is much warmer and has a much longer growing season - and of course, huge foreign influences.


Given its position in the middle of the Mediterranean, Italy is a crossroads, and many foreign powers have left their mark. Quite a bit of French influence (regional French, not haute cuisine) can be find in the areas of Liguria, Piemonte, and the Valle D’Aosta bordering France, and Austro-Hungarian influences in the Veneto, Trentino Alto Adige, and Friuli Venezia Giulia. There is also Spanish influence, especially in Milano, which was under the Spaniards for a time; this Spanish influence surfaces again in the South, which was ruled by the Bourbons until the unification of Italy in mid 1800s, and in Sardinia, which was ruled directly by Spain for a time. English influence in Tuscany, where the classic bistecca alla Fiorentina and zuppa Inglese, English steak and English trifle, respectively, were initially prepared for the enjoyment of the sizeable English colony that settled Tuscany in the 1800s. Also, Jewish influences in Rome, dating to the 1500s, when Jews fleeing the Inquisition settled in the Eternal City. Finally, in Sicily you’ll find a fascinating mixture of Roman influence, Arab influences dating both to the time that Sicily was an Arab province, and to more recent trade with North Africa, Norman French influence, and Spanish influence.


The Kingdom, Naples as capital, was the largest and wealthiest of the Italian states before Italian unification. Lampedusa’s master piece, Il Gattopardo - so wonderfully portrayed by the novel, and later by Luchino Visconti’s masterpiece, THE LEOPARD - chronicles the changes in Sicilian life and society during the Risorgimento, period when Giuseppe Garibaldi, the hero of Italian unification, swept through Sicily with his forces, known as The Thousand, to create the single state of Italy in the 19th century.


Everyday food done with respect to Italian cultural traditions, absolute quality of ingredients, hospitality, and outstanding service is our formula, and life passion. We look forward to welcoming you to our home, in one of the most iconic spaces in New York City, Hotel des Artistes. Buon appetito!"

Amount to be applied to food and beverage only. Please note that gratuity and sales tax are not included.

The Leopard at des Artistes
Your browser either doesn't support cookies or currently has them disabled. You must enable cookies before using this site.
Continue