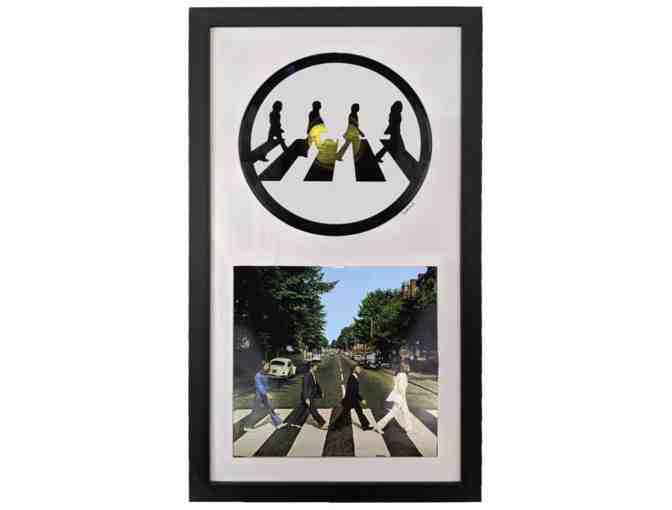 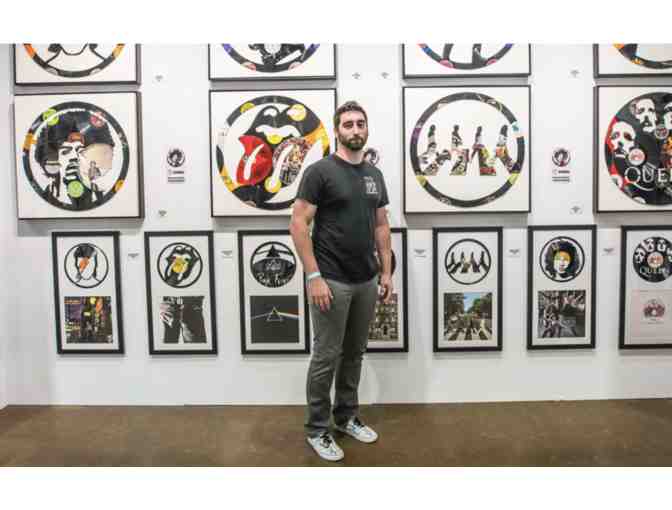 Deadwax is the area on vinyl records between the last track on the record and the label that does not get used. Deadwax Art was started by Alex Grimmer, a 30 year old artist out of Los Angeles. He uses vinyl records that are scratched, overplayed, or reproductions that are not valuable and makes artwork out of them. He hand carves each one with an x-acto knife and hot knife.

It is the eleventh studio album by the English rock band the Beatles, released on 26 September 1969 by Apple Records. Named after the location of EMI Studios in London, the cover features the group walking across the street's zebra crossing, an image that became one of the most famous and imitated in popular music. The album's initially mixed reviews were contrasted by its immediate commercial success, topping record charts in the UK and US. The lead single "Something" / "Come Together" was released in October and topped US charts.

Alex Grimmer
Your browser either doesn't support cookies or currently has them disabled. You must enable cookies before using this site.
Continue