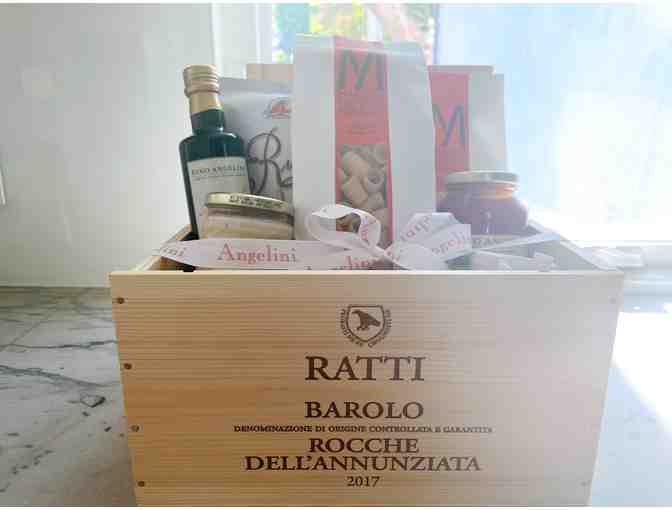 Gino Angelini developed his love of food as a child growing up in San Clemente, a small town in the Emilia Romagna region of northern Italy famous for its rich gastronomic tradition. He spent each day cooking with his mother and grandmother, savoring their simple, country meals, deciding to devote his life to food at the age of 14.

Gino first brought his culinary talents to Los Angeles in 1995, as chef of the legendary Italian eatery, Rex Il Ristorante. In October 2001, he opened his own restaurant, Angelini Osteria, in the heart of Los Angeles.

Since its opening, Angelini Osteria has become known as simply the best Italian restaurant in Los Angeles, winning over the city with unassuming and authentic dishes in a warm, intimate setting.

Throughout the years, Gino has won numerous honors for his culinary artistry, including the 2007 Artusi Award, the 2011 Galvanina Trophy for Best Chef of the Year, and the 2011 Sigismondo Malatesta d’Oro, the highest civilian award of his home city of Rimini. He is consistently praised by patrons and critics as “the best Italian chef in Los Angeles.”


Thank you to Livia Tortella for this item.